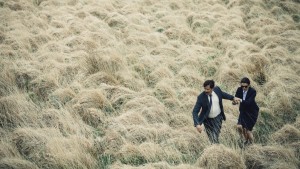 In a near future, single people are forced to go the Hotel where within 45 days they must find a partner, or they will be made into animals. When David’s (Colin Farrell) attempts at winning favour with the women at the Hotel fall through, and the allotted period of time is dangerously getting closer, he runs away and joins the rebellious Loners who live in the woods, where he unfortunately falls in love. Coming from Yorgos Lanthimos, director of the award-winning “Dogtooth”, this eccentric comedy strongly smacks of an influence from the likes of Bunuel, Ionesco, and Borges. “The Lobster” is satiric as well as romantic, surreal while subjected to strict rules of its own logic. Having received the Grand Jury prize at the Cannes Festival, the film can surely be a perfect contender to the title of this year’s most moving and bizarre feature.