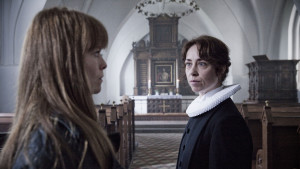 Helen, a priest, is asked to visit a teenage boy committed to a psychiatric hospital because he has killed an elderly couple and failed a suicide attempt. The boy believes his act was the will of God. Lisbeth, a psychiatrist at the hospital, tries to break through to the young man by signing him on a program that involves taking care of a pet, but her experiment ends tragically. Will Helen be able to recover what lies at the depth of the boy’s soul? The film is based on Per Olov Enquist’s eponymous play. Søren Kragh-Jacobsen is one of the most acclaimed Danish film directors and the co-author of the Dogme 95 manifesto, widely recognized as the author of “Mifune” (1999). Since then, the director has returned to a more conservative manner of filmmaking; his latest picture is a vivid example of the Nordic noir.