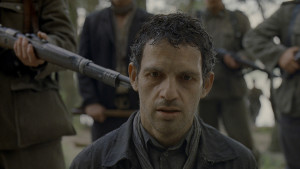 Saul, a prisoner at Auschwitz who is forced to work at the camp’s crematorium assigns a special meaning to the last days of his life by deciding to bury a corpse of a little boy in accordance with Jewish traditions. When asked why he chose such a difficult theme for his first feature, the director László Nemes replied that, in his opinion, one must at least try to grasp the unthinkable. Although the camera does not let the main character out of its sight for the entire duration of the film, what happens on the periphery of Saul’s vision and hearing is what allows the viewer to almost physically experience the horrors of the concentration camp, making “Son of Saul” one of the most telling Holocaust movies. The film was awarded two Grand Jury Prizes – from the Cannes Film Festival as well as the European Film Critics’ Association FIPRESCI.