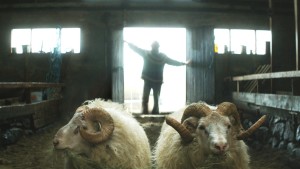 Brothers Gummi and Kiddi are sheep-farmers who pride themselves with the best flocks in Iceland. And yet although they have a common job, and their sheep have a common ancestor, the brothers have not spoken in decades. When Kiddi’s flock gets infected with a deadly disease, and the government decides to destroy it entirely, the brothers are forced to overcome their disagreements in order to avoid a disaster and save their farms. Armed with a shotgun and wit, Gummi and Kiddi are ready to take on anyone. This is the experienced documentarist Grímur Hákonarson’s second feature – a heart-warming comedy about people and rams, which has received an award at the Cannes Festival programme Un Certain Regard.