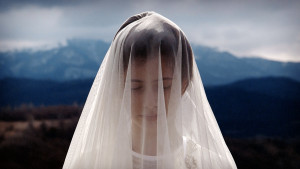 Twenty years after the unsuccessful attempt to establish independence from Russia, the life in Chechnya’s capital Grozny still verges on the fragile border between war and peace. Archaic traditions and political repression contrast with modern skyscrapers and the longing for freedom. The film’s four female characters are fighting for human rights while the situation in the country is becoming increasingly toxic. Young people are amongst those trying to capture the air of change; they frequent a blues club that is located in the same building as the human rights organization office. For them, the war is just a hazy memory from the childhood. Combining footages from different time periods into one symbolic and simultaneous reality, the director Nicola Belluci composes the Grozny Blues – a poetic, personal, and political narrative.