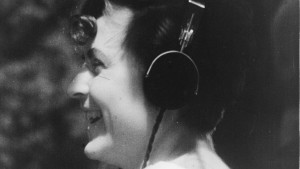 The Soviet montage pioneer Dziga Vertov is best known as the author of “The Man with the Movie Camera” (1929) who captured the rhythm of modern life in the cities of the young Soviet State. In his first sound feature, “Enthusiasm”, Vertov, as he himself put it, tried “to grasp the feverish reality of life in the Don Basin, to convey as true to life as possible its atmosphere of the clash of hammers, of train whistles, of the songs of workers at rest.” Employing a whole arsenal of cinematic tools and armed with extraordinary creativity when editing shots and noises from mines, factories, city streets, and fragments of Dmitri Shostakovich’s First Symphony, Vertov created a hymn of the industrialization, where one can also discern a few grim notes, like a prediction the tragedy of the years to come.